Home
What Are “Pros” and “Cons” Anyway, And What’s The Right Way To Use Them? 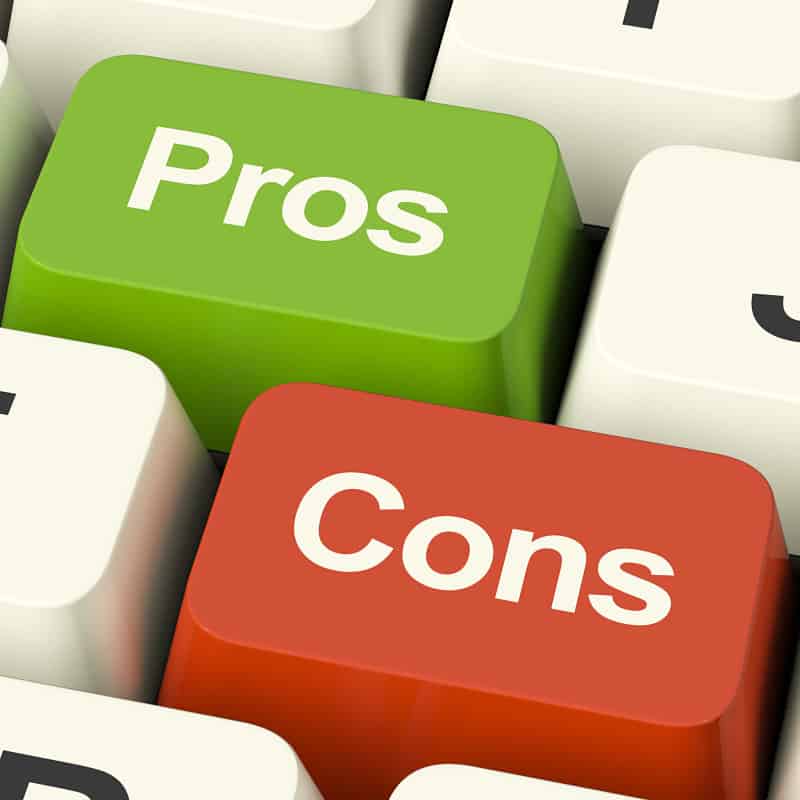 Pros and cons are part of life. Anything—from the most abstract concept to the tiniest little action—has its upsides, downsides, advantages, and disadvantages.

Over time, words have evolved to take on two forms, known as the positive and negative connotations of words. The dictionary is what makes this possible.

The words “pros” and “cons” are commonly used to describe the positive and negative features or aspects.

For example, the pros of reading may be the enjoyment one gets from it and the opportunity to gain knowledge. The cons may include finding a quiet place to read.

“The pros of living in Japan include the beautiful scenery, great food, and friendly people,” while the cons are the negative (e.g., “the cons of living in Tokyo are the high prices, loud traffic, and endless rain”).

But there is more to them. It is common to over-emphasize the positive aspects of something or someone while under-emphasizing the negative side. This leads us to believe that a product has no flaws or fewer than it does.

Many people assume that positive and negative things are opposites. If you consider something like electricity, it makes sense that the positive represents one half of the source, while the negative is the other half.

However, these concepts are not so cut-and-dry when applied to many situations in life. Some may assume that poverty and wealth have an inverse relationship, but that isn’t true in numerous instances.

You may also consider ethics to be a sort of dichotomy: black or white; right or wrong; good or bad, but this too isn’t always the case.

When it comes to pros and cons, there is no “better” or “worse” side here—only different advantages and disadvantages to consider and weigh.

Many people use the words “pros” and “cons” interchangeably. And while they are closely associated with one another, they have different meanings.

What does “pros and cons” mean?

If you’re reading this phrase for the first time, you can read more about it here. The word was derived from the Latin expression “pro et contra,” as “pro” means for or on the side, and “con” means against.

By considering the advantages and disadvantages of a particular thing, we can predict its impact on the future. So, its usage is more practical than theoretical.

This phrase presents both sides of an argument or discussion in one short phrase.

The advantages and disadvantages of something are its positive and negative aspects of the good and bad things. 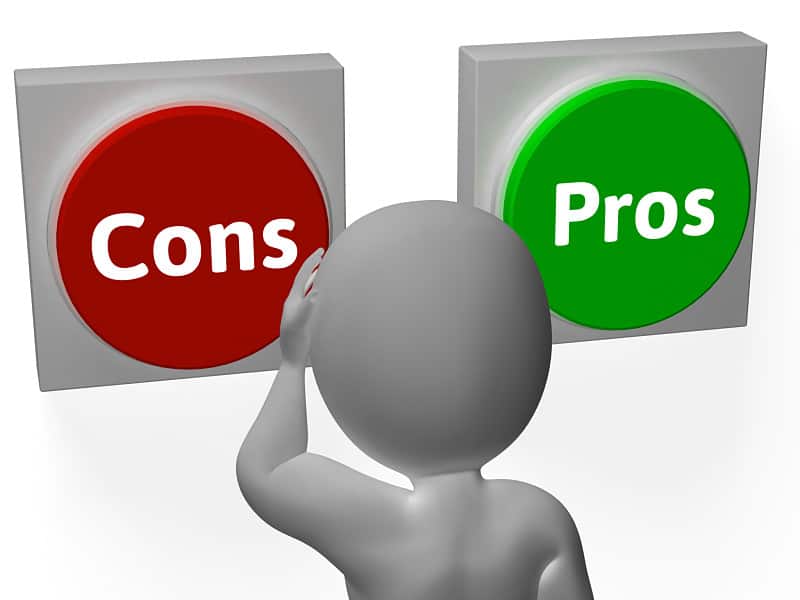 If someone asks you whether something is good or bad, that is an open question because we all have our own opinions and can consider something good for us and bad for others.

‘Is chocolate good or bad?’. So, I think the good/bad word is more like a judgment word, which means it’s subjective.

However, one thing that, I think, would apply in most cases is understanding who decides whether something is good or bad.

“Good” has two meanings, depending on the context. The first is “perfect” or “on-point”, usually said after a performance. The second is “very well” or “thoroughly.”

The students did a good job on their tests.

The synonym for the word “bad” is “terrible”.

9. inaccurate, inappropriate, or wrong: A bad guess is better than none, isn’t it?

When it is not a good thing, it can be:

Is there a difference between “good” and “bad”?

I’ve heard people say “good” and “bad” with the same tone of voice, but it doesn’t mean the same thing. The words are associated with two entirely different meanings.

So, why is this? Is there really a difference between “good” and “bad” meanings? I think so. The difference has to do with how we associate those words with our lives.

Slang words can take on different meanings depending on the situation and the people using them. Slang words like “lit” and “bad” are examples of slang. They change their meaning based on who is listening and how they are used.

You shouldn’t assume you know what someone means when they say something like “bad” or “nice,” because they could be using them in a wholly different way than you expect.

There are two types of words:

What are examples of “pros and cons”?

The expression “pros and cons” is a short-handed way of saying “the positive and negative aspects [of something].”

Pro and con are two sides of the same coin.

Learn to identify the pros and cons of a situation or a proposal, and you will have taken the first step towards a balanced, logical view. ​

Look up pros and cons in any dictionary, and the result will be essentially the same. To summarize, we can say that a pro is a positive feature of something, and a con is a negative. They are essential “pro” arguments for and “con” arguments against something or some situation.

The study of pros and cons will help you develop a profound understanding of the issue, whether it’s about your career, society, or the world around you.